He’s got a golden ticket…

This is my son’s first year to play t-ball, and I know there are concession stands and junk food around and I was prepared to deal with that, no problem.  But what I wasn’t prepared to deal with was the fact that my son got a “ticket” after each game to get whatever he wanted from the concession stand after the game.  Really?  What ever happened to a high five or an “atta boy”?  Do we really have to bribe our kids to be active?

I know, pick my battles, right?  It’s such a fine line between helping our kids make good choices and not “depriving” them of a treat every now and then. I think it all comes down to educating our kids so they can make good choices for themselves.  Let’s face it, if you guys eat well, (and I know you do!), then junk food is a battle whether it be at school, on the field, or anywhere else for that matter. Teaching (and leading by example) will serve as lessons that will help our kids for the rest of their lives. And honestly, if we don’t teach them, who will? 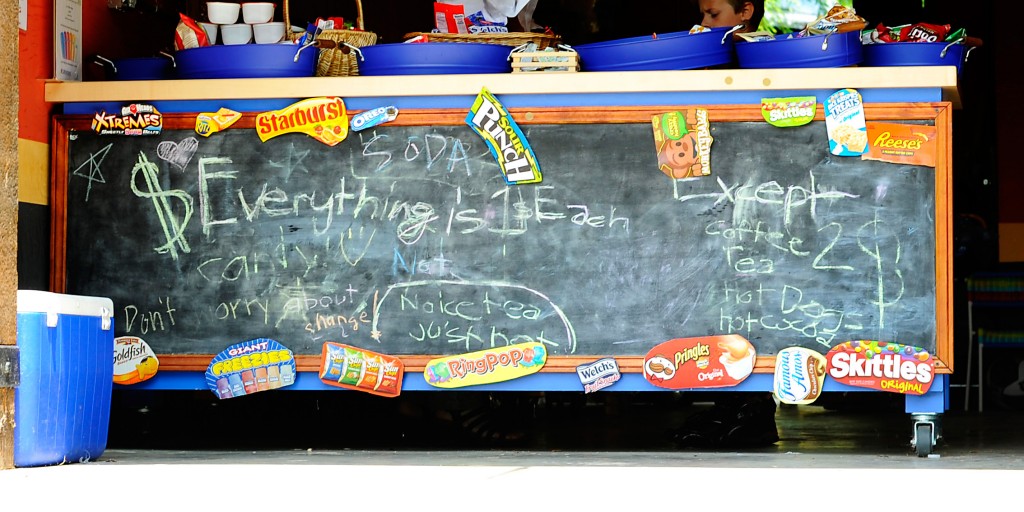 My daughter is playing soccer and the snacks are well, just different then what we grew up with. We use to have orange slices and other refreshing fruit and there was nothing more satisfying. It was my turn for snacks a few weeks ago, and, of course, I brought water (because gatorade isn’t really necessary unless it’s a intense 4-hour game) and slices of watermelon and oranges. And guess what? The kids LOOOVED the fruit and ate every bite.  Many people were surprised that the kids loved the fruit as much as they did. And, it was such a hit that another mom on the team actually brought the same thing to the game the following week. Yay! 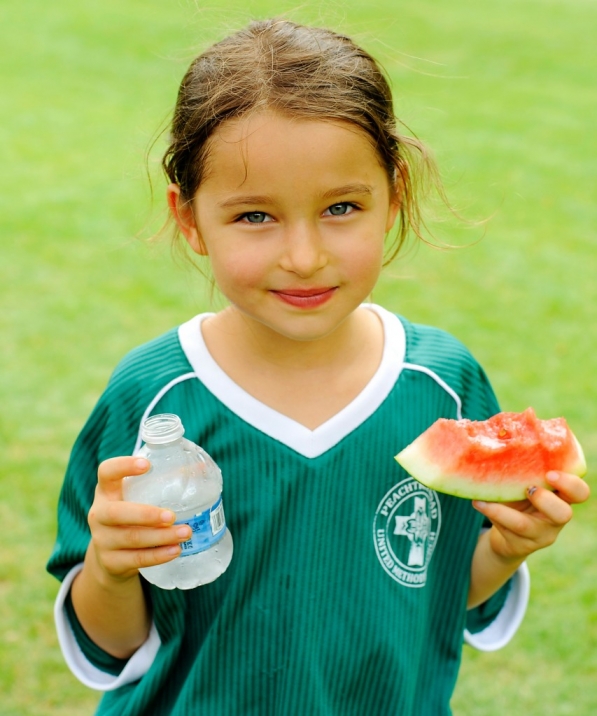 Anyway, for my kid’s last t-ball and soccer game, I told them they could get a popsicle.  So off they went to the concession stand and they came back, I kid you not, a popsicle bigger than their arms. Why can’t I just let my kids get a regular old popsicle that doesn’t have 100 grams of sugar and a gallon of color, but there were no other options…except cutting it in half, which is exactly what we did.  When did portion control get so skewed and everything become so super sized?

Sometimes it’s hard to always fight the fight, or know when to surrender. And for what it’s worth, I won’t ever surrender.  Maybe I’m extreme, maybe I’m not extreme enough, but, knowing or figuring out a balance is a constant challenge.  I am doing the best I can, and hope that at some point, they will learn from it, develop good habits, appreciate it (maybe I’m a little too optimistic there) and well, most importantly, just be healthier and happier in the end.

These sweet guys were happy to show off their popcilles…

I told you they were big!!