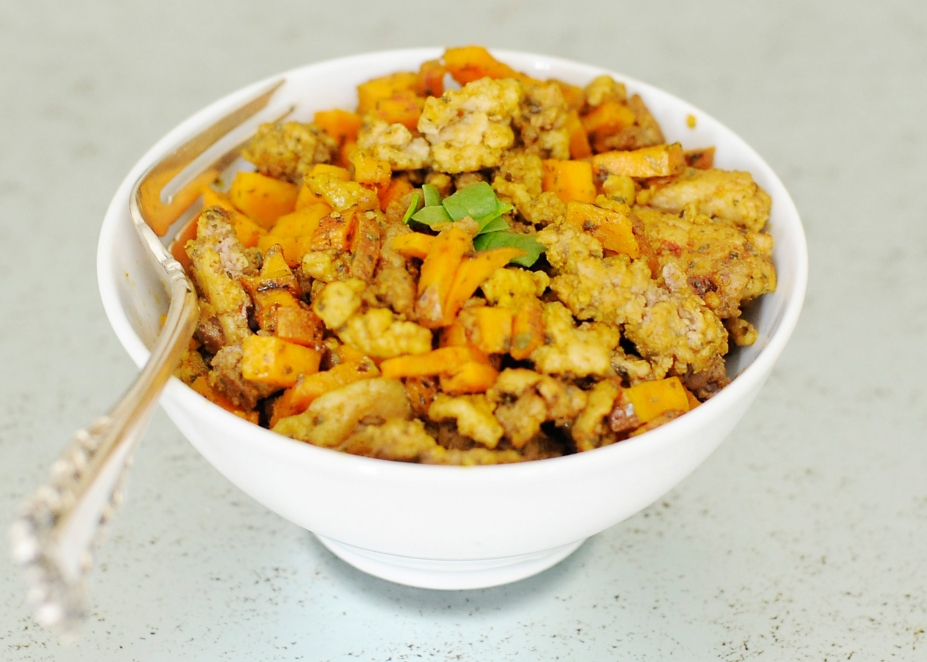 So after eating at my favorite restaurant at Urbanpl8, I realized how adding sweet potatoes to basically anything can be really satisfying. They have a dish called Grilled Chicken Tagine with Harissa that I absolutely love! It’s grilled chicken with roasted sweet potatoes, onions, zuchinni and some other yummy veggies.  Anway I don’t even know exactly what Harissa or Tagine is, but I know it’s amazing and that I could eat that every day!

So of course, I wanted to figure out how to make it. Turns out, from what I could research, there were just too many ingredients and would be too time consuming for me to make. As I always say, if it’s not quick and easy, chances are good I won’t make it. With that said, I’ve been craving something with a bunch of good protein, some chunks of sweet potato and some fun spices. I’ve never made anything with these spices together but ended up LOVING it. It’s very different from what I typically make. It really awakens the taste buds!

I was a little worried that the kids wouldn’t like it because there were so many different flavors, but everyone ate it and loved it. Yes!!

So, I call this creation that I’m so proud of, Morrocan Mash…

If you add any extra veggies, be sure to add more than just 1 tsp of the spices! 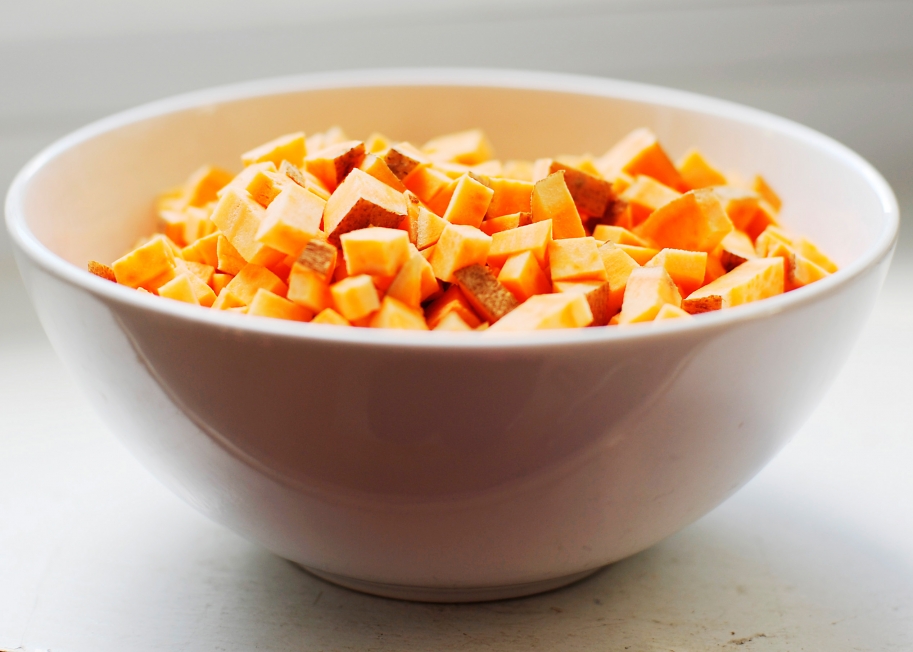 Cut your sweet potatoes into bit sized chunks and set aside. Heat up pan and add 2 tbsp coconut oil and sautee sweet potatoes. Let them get brown and then turn on low and cook until soft. If you can cover the pan, it will only take about 5 minutes since you’re steaming it. If you don’t have a lid, it take about 15 minutes to cook.  Put cooked potatoes in a bowl and set aside.
In the same large pan, brown the 2 lbs of meat. Once brown, add the potatoes, spices and EVOO, stir. Make sure you add enough EVOO. If you use a meat with less fat, be sure to add extra. The meal should not be powdery if that makes sense. Now just let it all cook on low until done.  That’s it! Enjoy! 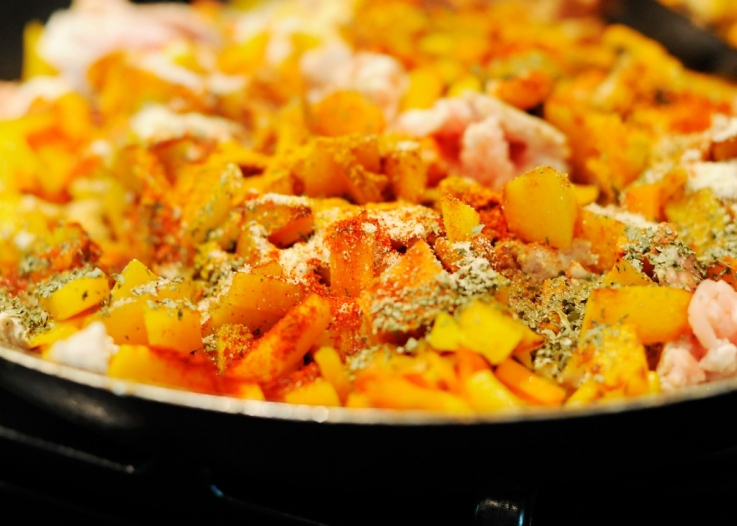 By the way, those looking for a lower carb version, you can use butternut squash instead of sweet potatoes as it actually has half the carbs of potatoes.  The second time I cooked it (yes, this week) I added a bunch of butternut squash (see picture above) I have to say, I really liked using both the butternut squash and sweet potatoes. I also just used turkey and chicken (because that was what was in my fridge) but turns out, I do prefer it with at least some ground beef.  If you use 2 lbs of white meat, just be sure to add in an extra tbsp of evoo, but keep in mind the turkey is harder to break up.

I think this would be great with some raw crushed cashews too. Let me know what y’all think! 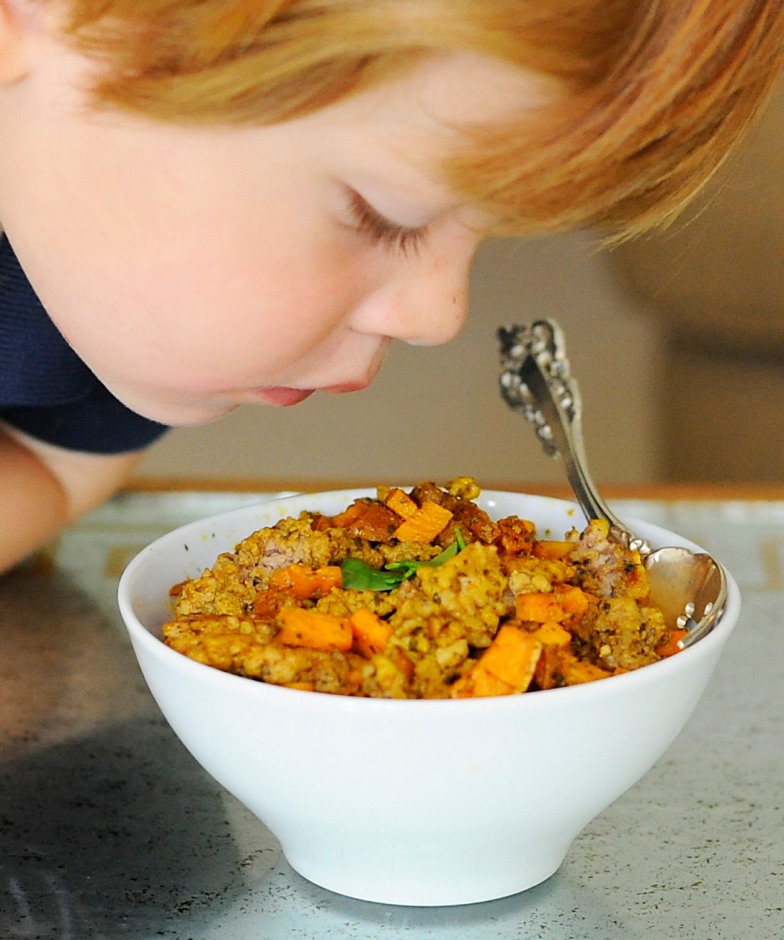 Oh, and a quick tip on the cauliflower pizza. I think I got better at wringing out the crust, but also, once it was done and out of the oven, instead of letting it condensate on the cookie sheet and parchment paper, I put the crust by itself on the wire rack in the stove, with the stove off.  When we got home from swim team 2 hours later, it dried crispier and well…one cauliflower was just not enough for our family!
And last tip for the day (I promise), if you need a GREAT and cheap chew toy for a pupp –  try a sweet potato! 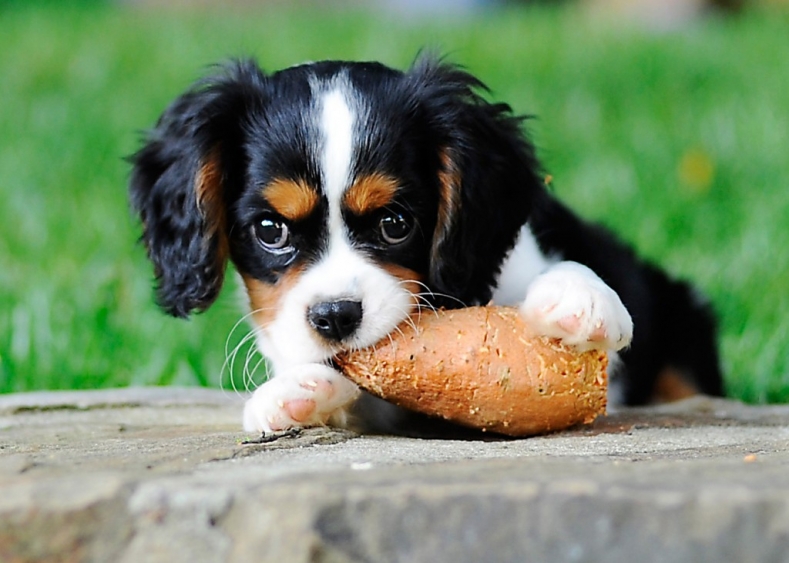 « An oldie but goodie….He’s got a golden ticket… »