I’m frequently asked about protein powders. I have never been able to recommend one because, honestly, I eat enough protein without the needing a supplement. But my son Tate could probably use a little more protein in his diet in the mornings. And since he likes smoothies, I figured that might be an easy way to add some.

The other reason I am now addressing protein powders is because they are an excellent glutathione precursor. “What is glutathione?” you may ask. It is the “master antioxidant”meaning it’s the most powerful antioxidant in your body.  The main function of glutathione is to protect your cells from oxidative damage, and as we get older, our body’s ability to produce glutathione decreases.

Lack of glutathione has been associated with:

The tricky thing about glutathione is you can’t just take a supplement because your body can’t absorb it that way; even though they make and sell “glutathione” supplements. High quality whey protein is the top food for maximizing your glutathione levels according to at least two studies here and here as well as many other reports.  So, if you are going to use a whey protein, be sure to look for one that is:

Here are four protein powders, in no particular order, that supposedly cover all of the above recommendations and taste fairly good, according to the reviews I’ve read. I haven’t tried any of them, so I can’t give my two cents on taste but would love to hear from you (in the comments section please) if you have tried any of these or found one you like and would be willing to recommend.

I don’t know which are best for kids but just be sure if it is for your kids, it is mainly just whey protein and it doesn’t contain any extra amino acids. And, if you are look for a guideline for how much to give your kids, check out this link from the Mayo Clinic.

I have come around to the fact that I need to let my kids cook, even though I know it’s going to be a huge mess…period. But the good news is not only are they learning and taking pride in what they make, but also they are building confidence in preparing food completely by themselves.

Anyway, while Alice has been cooking for a bit on her own (well, with a little help from me), today Tate made his own smoothie completely by himself. He actually guessed on most of the ingredients, and with only a little guidance from me on the quantities, it actually turned out great. 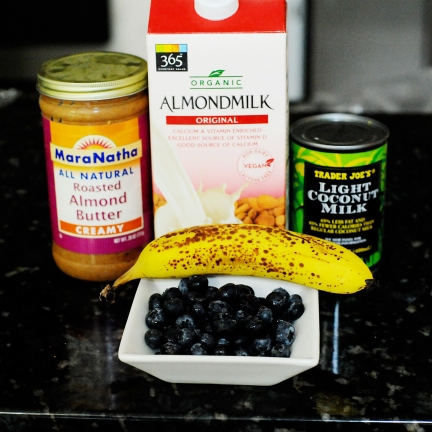 This is all you need for Tate’s smoothie:

By the way, Costco not only had frozen organic blueberries but they have fresh ones as well right now, too.

Here are a few of our other favorite smoothies/popsciles:

A few others from our “Smoothie-Off”

What we had leftover smoothie we turned into popsicles. These BPA-free popsicle holders are awesome. They actually even work for school if you wrap it up in a paper towel and put it in a small lunch cooler, assuming they eat by 11:30. 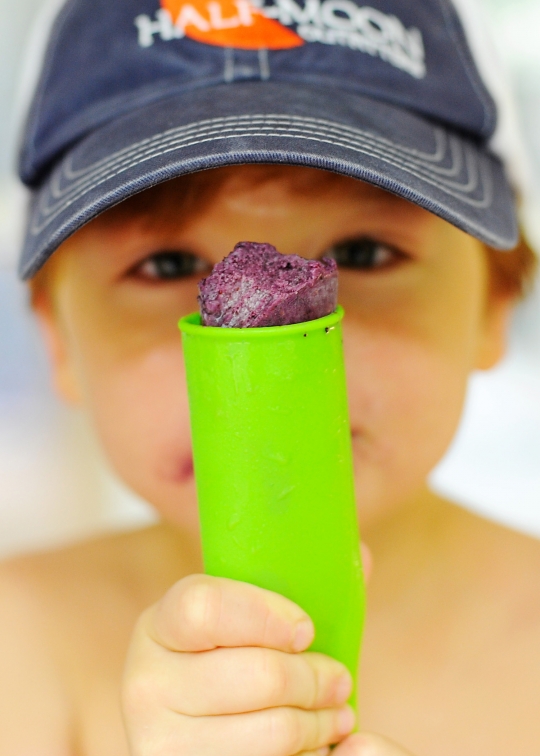 So proud, and oh so messy… 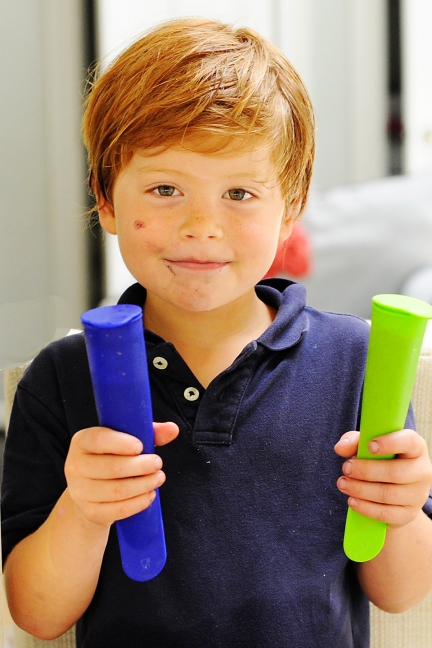 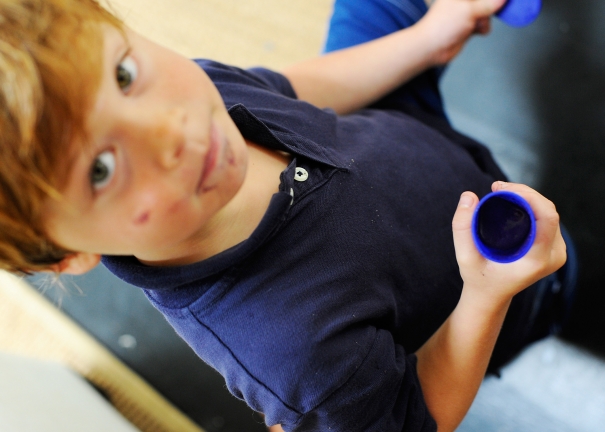 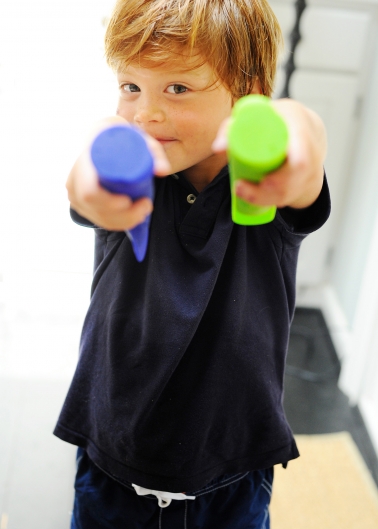 « Another simple recipe (and is the microwave killing our food?)A New Staple for Us Thanks to Powerful Paleo Superfoods (by Heather Connell) »