It’s just not the same (and Houston’s Chicken Salad!)…

Food today is just not the same as when we were growing up.

We didn’t eat meat and dairy with so many hormones (that are actually ILLEGAL in many other countries).   Today some kids are going through puberty as early as the age of six (true story about a friend’s daughter…hair and all!).

We certainly never ate corn that was labeled a “pesticide” by the EPA. What? And it didn’t “blow up the stomachs of the insects that ate it”. Wonder what it does to our bellies?

We didn’t eat chicken or turkey (or rice) that had arsenic injected, or fed (or for the rice, sprayed with it in combination of a pesticide). Yes, that’s right, arsenic.

And, we didn’t eat apples that had an average of 54 chemicals sprayed on them.

I could go on and on, really, but I think you get my drift.

Some people say GMOs are hype, some say they are extremely dangerous. Now I don’t know exactly how all of this affects us. I don’t know if the GMOs and some of the other issues are partially to blame for the increase in health problems in our country, but I do know that I am not willing to let my kids be the guinea pigs.

-Foods containing GMOs (Genetically Modified Organisms) do not have to be labeled in the US. — approximately 70% of processed foods in the US now contain GMO ingredients. The European Union, Japan, China, Korea, Australia, New Zealand and many other nations now (64 countries) require mandatory GMO labeling. In fact, in China, it is illegal to feed children foods with GMOs without parental consent.

-In May 1992, the FDA’s policy on GMO foods stated that they not need to be labeled nor safety-tested.

-In March 1999, UK researchers discovered that reactions to soy had skyrocketed by 50% over the previous year.  All GMO soy had been imported from the US.

-On another note, Monsanto also produces rBGH, an artificial hormone given to cows to make them produce more milk…actually up to 15xs more milk than they would naturally. Anyone out there nursed their babies? Can you imagine? The infections, mastitis, etc from 15x the milk? Guess how they remedy those issues? More drugs! Oh, and it’s been linked to breast cancer and other health problems. It has been banned entirely in Canada, Australia, Japan, and all countries in the European Union. So why is our country still allowing it?

According to Robyn O’Brien, founder of the KidsAllergy Foundation, most countries outlaw these hormones because they “haven’t been proven safe“. But the US has a different way of looking at things. Our government says, wait, ready for it? ….”But they haven’t been proven dangerous”.

So what can we do? Ideally, eat organic meat, milk, fruits and veggies (esp thin skinned). And assume that if a label on a packaged food doesn’t say “Non-GMO”, that it is indeed a GMO food. 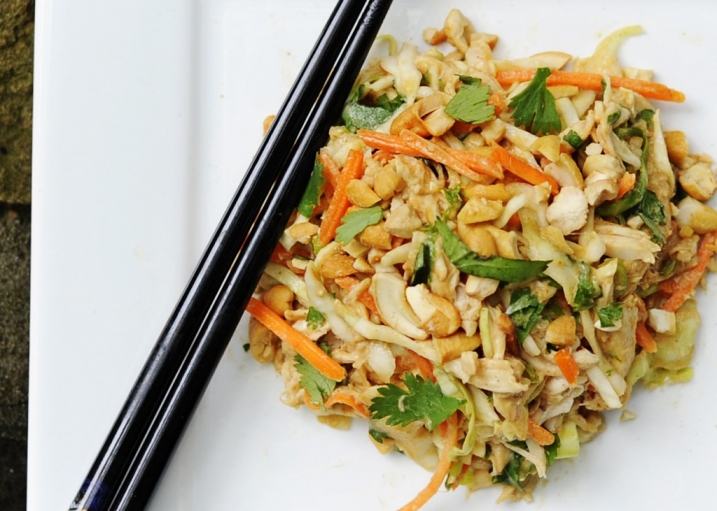 Okay, so how about a yummy, non-dairy or gmo meal? Who out there loves Houston’s Chicken Salad?? Actually, I should say who DOESN’T, right? This recipe really isn’t far off from it.  As I was making the dressing, I wondered if it would actually be any good. Wow! I was pleasantly surprised!! It’s one of my new favorites and it’s a must try for sure!!!

Here is what you need for this Mock Houston’s Chicken Salad:

And, if you buy everything pre-cut or pre-made like I have, it’s even easier to make… 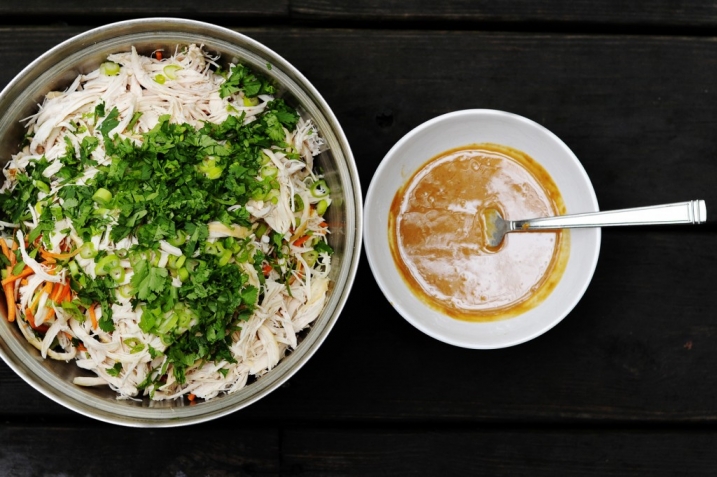 Pull chicken apart. Put it in a large mixing bowl with all of the above “salad ingredients” and set aside. Now mix all of the “dressing ingredients” together except for the nut butters and water. Mix together in bowl well. Then add the nut butters and whip together. Then slowly add water until the dressing is mixed well and smooth. Pour dressing over the salad mixture and enjoy!!

It’s good for a couple of days but best when enjoyed immediately. I hope y’all like one as much as I do! 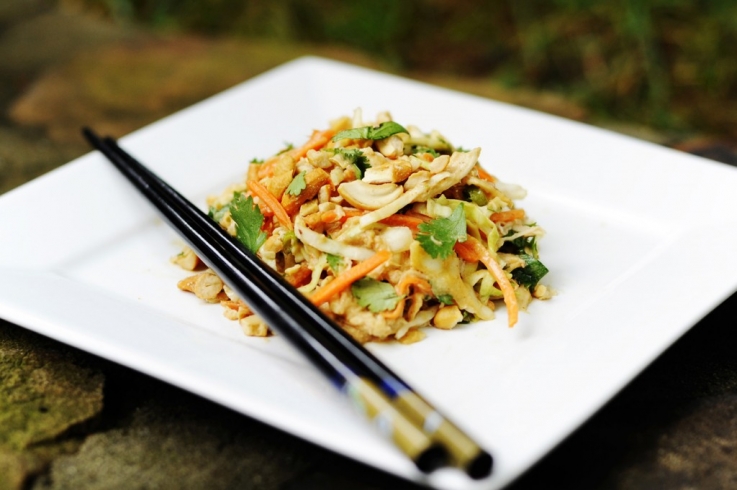 « Chicken Thai…and I wonder why?Taking care of the outside too… »