My son was fortunate enough to have two amazing teachers this year. So, for Teacher Appreciation Week, we thought, what better way to celebrate their greatness than with a treat for breakfast!

So when I was a kid, I use to love those swirly cinnamin rolls that you would peel apart. Do you remember what those were called? I can’t, but think they were by Little Debbie’s?  I bet if I had one wrapped (from 30 years ago), it would still be “fresh”. Gross.  Anyway, these healthier cinnamon bun muffins are my son’s and husband’s new favorite breakfast treat.  Their only complaint — I didn’t make enough. 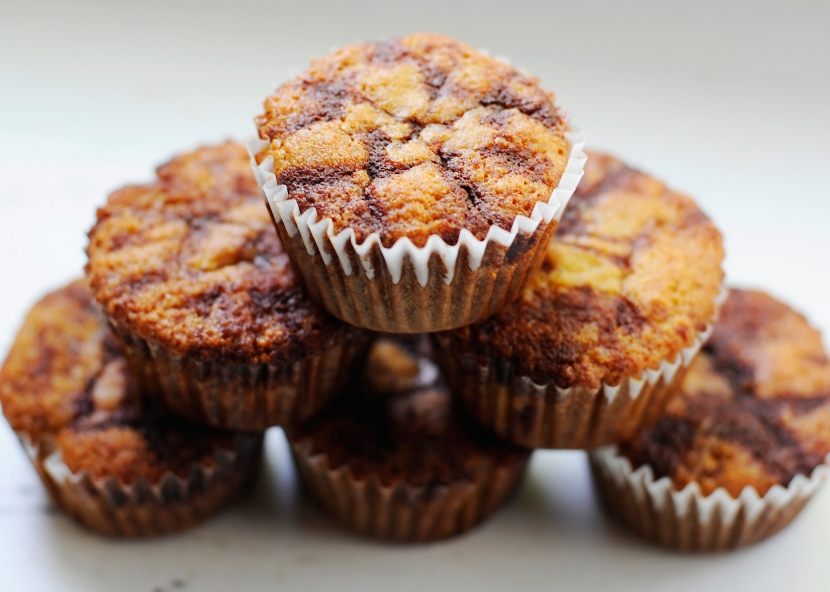 Here’s how to make them:

1. To make cinnamon topping, combine agave, cinnamon and oil in a small bowl
2. Set mixture aside

1. Combine almond flour, coconut flour, baking soda and salt in a medium bowl
2. In a large bowl blend together oil, agave, eggs and vanilla
3. Blend dry ingredients into wet and scoop a scant ¼ cup at a time into lined muffin cups
4. Spoon the cinnamon topping (above) onto muffins
5. Bake muffins for 8-12 minutes at 350°

Makes (only!) 8 muffins so you may want to double, per my husband’s suggestion. 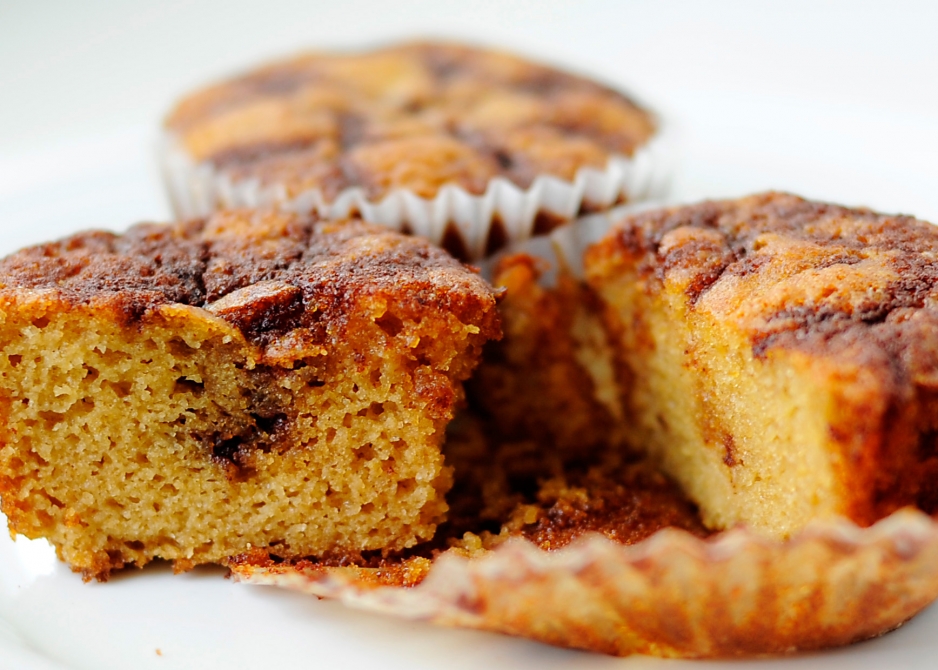 So since I only had two food pictures for this post, I thought it was a great excuse, albeit lame, to show off George one more time. Well…for now at least.  When I went to look for him the other day, this is exactly how I found him.  I wonder if he misses his momma… 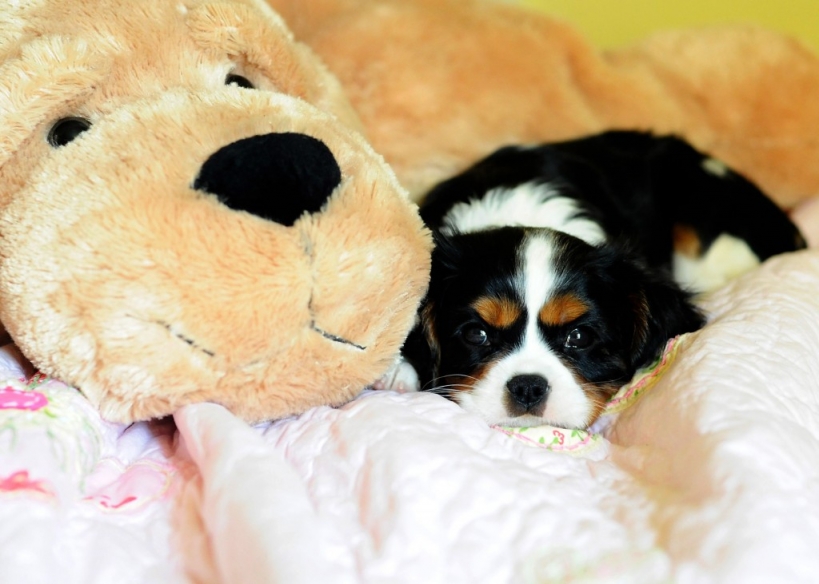 Oh and I’ve had some people say they were having an “error when posting a comment”. I have finally fixed this problem so please feel free to comment away!! I absolutely love hearing from you all!  And if you do have a problem (which you shouldn’t) please let me know.  Thanks and have a great weekend!
Posted in Uncategorized

« A little sweet, a little salty, and a little crunchy….Chicken Salad with Roasted Peppers… »