A new twist on raw kale…

Scott had some fantastic kale salad at Whole Foods a couple of weeks ago for lunch and said we had to try to make it.  It was made with kale, avocados, red pepper flakes, lemons and salt.  We were able to recreate it and it was really yummy, so I made it again last night.  But this time, I wanted to try to make more of meal out of it so thought I would add some chicken (among a few other things).

Here is what I came up with… 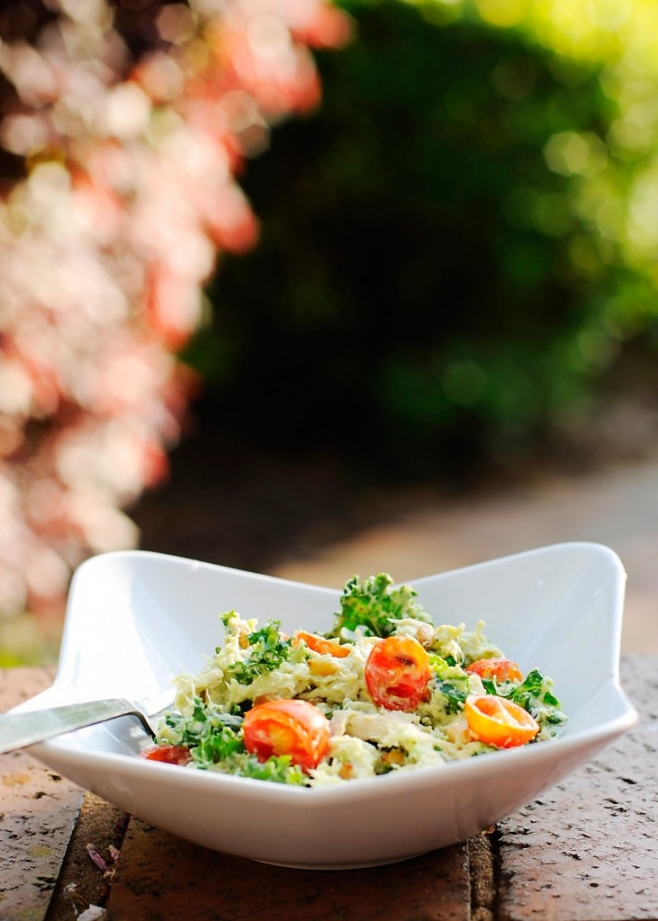 Here’s what you need for the dressing:

To get the dressing ready, mash all of the ingredients in a mixing bowl.  By the way, do you know trick to get the seed out of the avocado easily?  Just get your knife and knock it in the seed, and then pull it out.  So much easier, and a lot less messy.  Look how clean the seed came out! 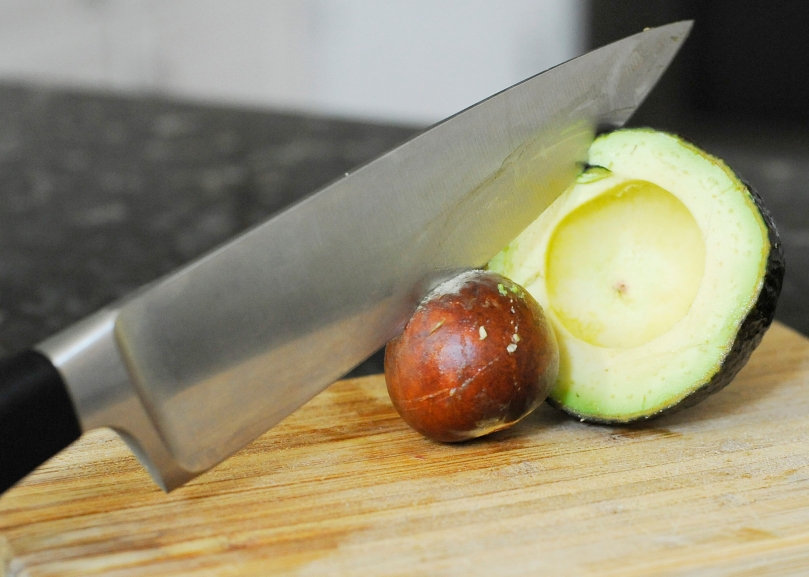 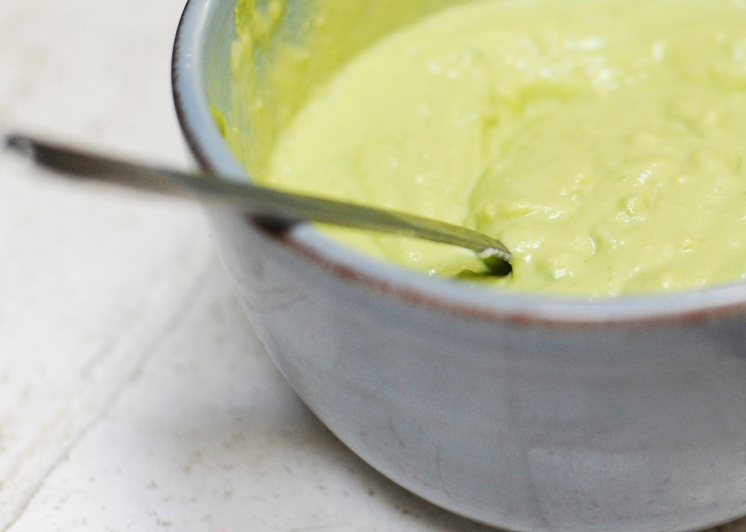 Here’s what you need for the salad:

Okay, since I was short on time, I picked up a Whole Foods rotisserie chicken and used that, but to be honest, that was a mistake. While this dish was really good, it would have been much better if I had taken a few extra minutes to cut and cook up some chicken. So, for you, cut your raw chicken into cubes, add some coconut to a large pan and cook on medium heat while stirring for about 10 minutes or until no longer pink. Add some salt and pepper for seasoning and then set aside. 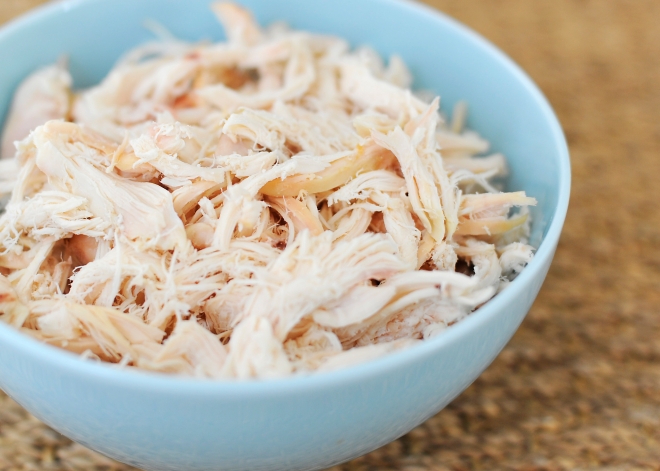 Next, slice your cherry tomatoes and put aside. I used most of the container they came in. The tomatoes added a nice sweetness to the salad and I could have actually used more. 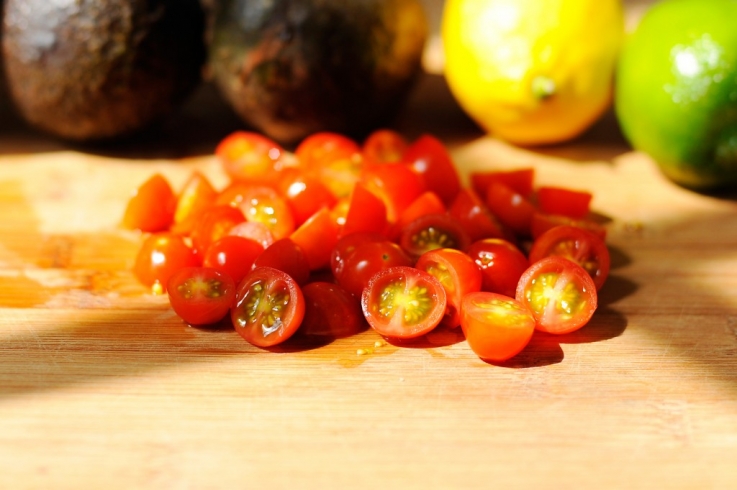 Then, spread out pine nuts evenly on pan, lightly spray with coconut oil and toast for about 3 minutes or so.  Keep an eye on them as they cook really quickly!  You could also roast some almonds or walnuts (whatever you prefer) but either way, I would highly recommend adding some type of roasted nuts as this really added a lot of flavor! 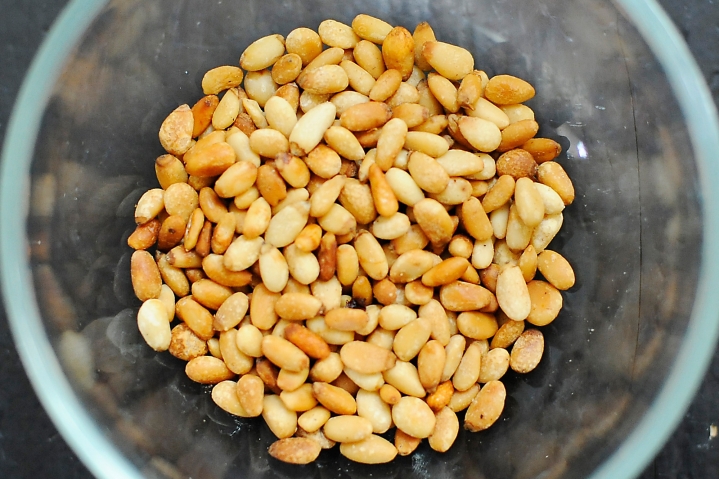 In a large bowl, once you have removed the stems from the kale, mix all ingredients together and enjoy!

I made this about an hour or two before dinner so the sauce would have time to soak in.  I loved it! Tate and Alice said was it was “pretty good”, and Scott said, “this is great!” but then later admitted that it does needs grilled (or baked) chicken the next time.  I think for next time I make it, and to mix it up a little (for the kids), I may try a milder lettuce since my kids said they really prefer their kale to be “crispy”! 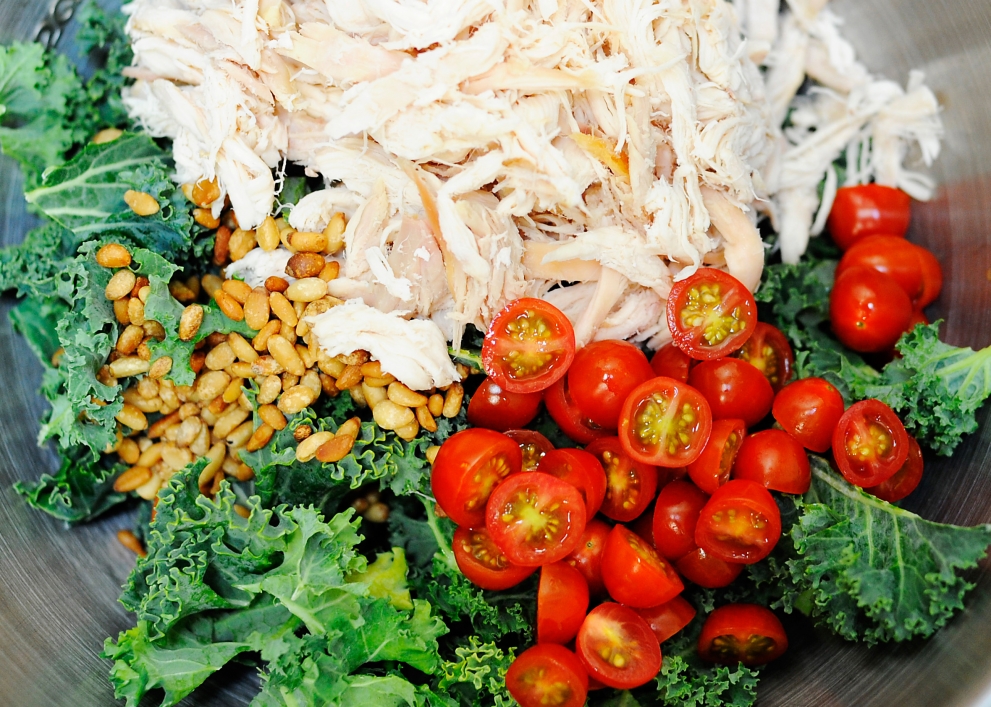 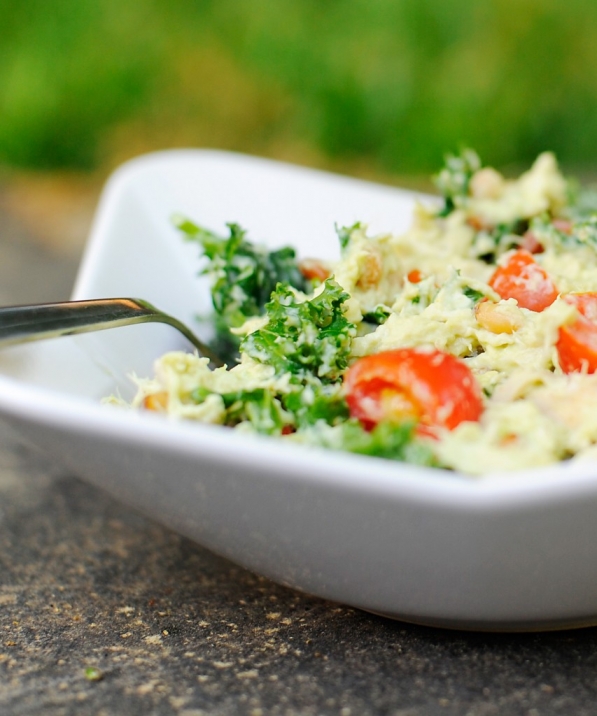 « Thinking about getting some help with nutrition?It’s magic alright! »