So if you haven’t tried spaghetti squash by now, I’m basically just forcing it on you at this point. Okay, I’m not really, but is so good, easy to make and super satisfying! I love that it really soaks in any flavors. Anyway I knew this was going to be a busy week and wouldn’t have much time to cook so I wanted to make things as easy as possible for myself.

I didn’t however know we were going to have this crazy snow storm!! Yes, I heard about the possibility like everyone else, but after decades of hearing the local news talk about the possibility of “snow”, which we rarely actually get, I think The Boy Who Cried Wolf scenario came into play.  Anyway, I hope everyone is now home safe and sound!!

So, anyway, I cooked one squash on Sunday and made two simple meals from it. This meal was kind of random but it turned out really great and know we will make it again and again. Alice, Scott and I loved it. Tate, my 5 year old, said it was ““Comme ci, comme ca” (pronounced “kohm see, kohm sah”) which means “so so”. Hmm, okay.  Anyway here is the recipe in full. This will make a pretty large amount so plan on having leftovers (which is always a bonus!) or freezing some. Or, you can always half the recipe.

Preheat your oven to 400. Cut the spaghetti squash in half, scoop out all of the seeds, and lay each side face down on a cookie sheet. Cook for 20-22 minutes or until you can push on the back and it feels soft.

Next, heat large pan on medium high heat, saute your chopped onion (or your TJ’s onion shallot garlic mixture) with some coconut oil for a few minutes. Then add in the ground chicken and sausage and cook until done. Now, add the raw kale (or spinach) and ham to your chicken/sausage/onion mixture and cook for just a couple of minutes so the kale can wilt and the ham can brown a little.  Then add in all of the spices, chicken broth, coconut milk, and parmesan cheese (if you eat dairy, which I don’t but know it would be a good addition) and stir well.

By now your spaghetti squash should be done. Scoop out all of your “spaghetti” into the same large pan, mix everything together until everything is mixed together, and enjoy. It does make a lot but it also makes for great leftovers. It gets better each day and is good for 3-4 days. 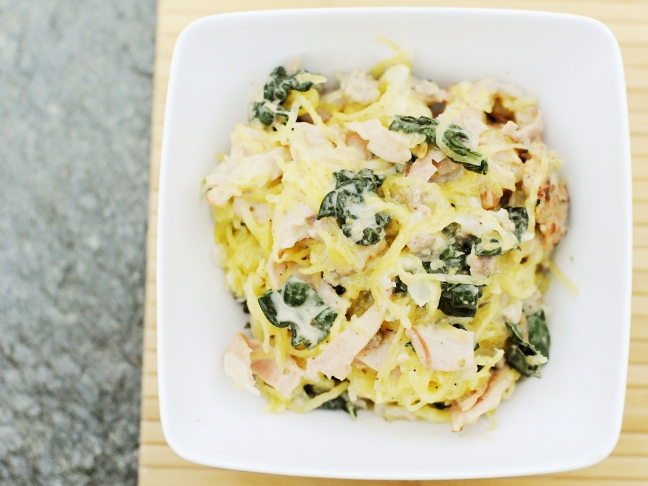 I hope y’all did get to get out and enjoy the snow! It was a blast!! George was smiling just as much as my husband and son were… 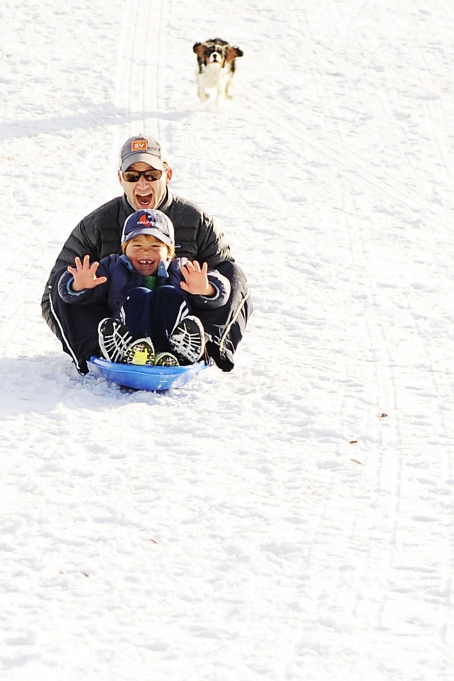 And then there was hot cocoa… 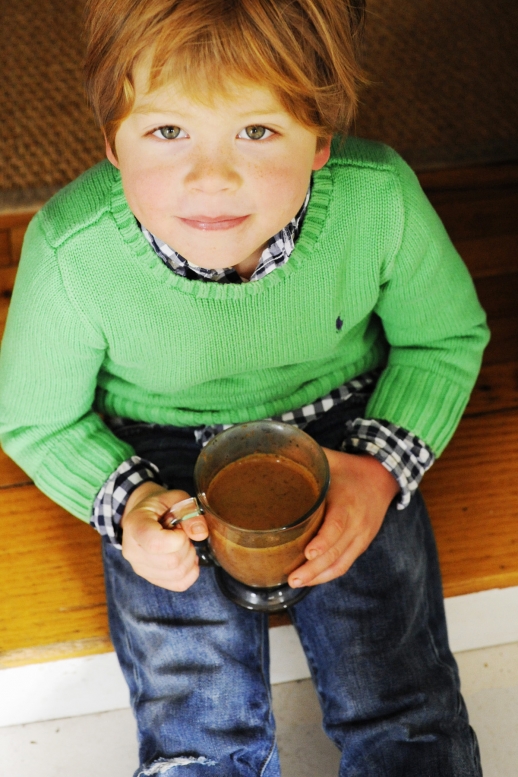 Stay safe and warm out there!